The Antigua Citizenship by Investment program (CIP) is beating records in 2018, with the first six months of the year having the greatest volume of applicants in the history of the program. 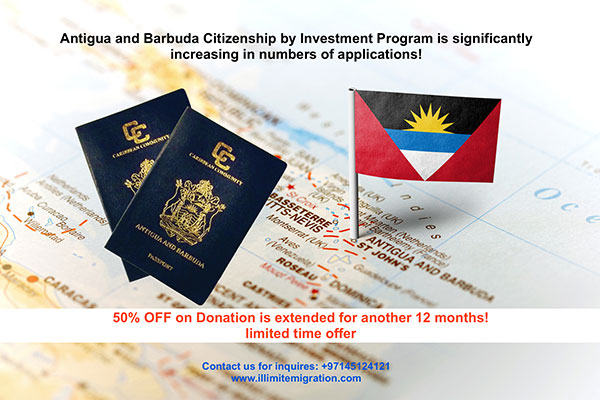 According to the latest report released by the Antigua & Barbuda Citizenship by Investment Unit, the applications to end June 2018 are at 278, up 49% from the 187 applications in the first half of 2017. There is no doubt that the government’s decision to cut prices from $200,000 USD to *$100,000 USD for up to a family of four is on one of the major reasons for the record starts to the year. “*Additional government application, due diligence, processing, and other fees apply.”

The high number of applicants could also have been influenced by the government’s decision to accept currencies other than just US dollars, such as Euros and soon they will accept payment in an as-yet-unconfirmed cryptocurrency.

The investment into the country during this boost to the CIP’s applicants has been quite healthy as a result. Contributions to the government during this period, excluding real estate and business investment, are said to be over US$20 million USD. The report for the first half of 2018 also breaks down the nationality of the applicants, with Chinese investors leading the pack at 31% of all applicants. This is followed by Syrians, Russians, and finally Libyans combining for the next 20% of applicants.

With the $100,000 USD price point for a family of four being extended by a further 12 months, we look forward to the report for the second half of 2018.

The extension of the discount period will undoubtedly continue to make an impact on the number of citizenship by investment applicants in Antigua & Barbuda.