Russia, the world’s largest nation, borders European and Asian countries as well as the Pacific and Arctic oceans. Its landscape ranges from tundra and forests to subtropical beaches. It’s famous for novelists Tolstoy and Dostoevsky, plus the Bolshoi and Mariinsky ballet companies. St. Petersburg, founded by legendary Russian leader Peter the Great, features the baroque Winter Palace, now housing part of the Hermitage Museum’s art collection. 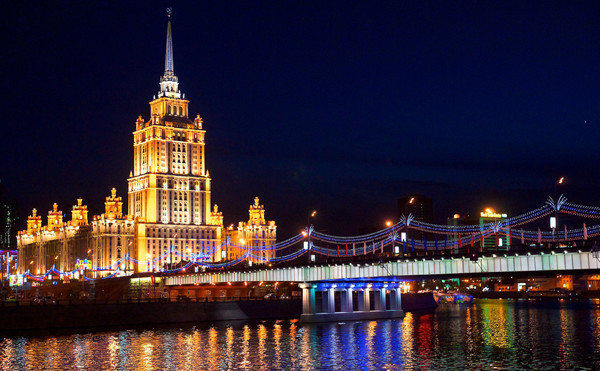 Winters in Russia’s European part are nothing like as terrifying as many myths have it. In Moscow and St. Petersburg the first snow usually falls in late November and stays till early April. The average winter temperature is about -10°C. Colder snaps are not uncommon, but winter chills are compensated for by splendid summers. St. Petersburg usually enjoys 20-25°C and Moscow often swelters in highs of 35-37°C.

After a decade of crisis, Russia has bounced back. Rising oil prices, increased foreign investment, higher domestic consumption and political stability have bolstered the economic boom. Russia became the fastest growing economy in the G8, ending 2007 with its ninth straight year of growth, averaging 7 per cent annually since 2003.

After years of underachievement, Russia emerged as the world’s leading natural gas exporter and the second largest oil producer after Saudi Arabia. Fuelled by oil revenues, it repaid its Soviet-era debt to Paris Club creditors and the International Monetary Fund.

Poverty has declined steadily and the middle class has grown. So has the number of Russia’s super-rich.

Russia has one of the world’s most diverse societies – as many as 160 ethnic groups live there. The population of about 142 million may look like a lot but its density is low because of the country’s vast size. It’s also very unevenly spread, with most people clustered in European Russia, near the Ural Mountains and in southwest Siberia.

Russia’s population however, is steadily declining which has allowed the country to open up their country to immigrants.