The province of Ontario announced two new invitation rounds where Express Entry candidates with Comprehensive Ranking System scores as low as 351 were issued an invitation. 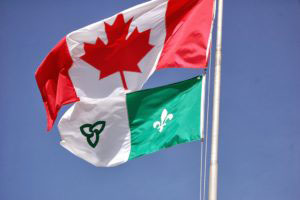 On March 26, candidates in Canada’s Express Entry pool were selected by Ontario and invited to apply for a nomination through its Human Capital Priorities Stream, or HCP.

A nomination through Ontario’s Human Capital Priority stream results in an Express Entry candidate obtaining 600 additional Comprehensive Ranking System, or CRS, points and an Invitation to Apply for permanent residence during a future draw from the Express Entry pool.

The two draws conducted on March 26 were unique because Ontario issued “Targeted Notifications of Interest” to candidates who met the HCP stream criteria and who either had a job offer in Ontario or French language skills of CLB 7 or above.

In the first draw, 480 candidates who met the Human Capital Priorities Stream criteria and who had a job offer in Ontario and a CRS score between 351 and 446  were selected. In a subsequent draw, an additional 299 candidates who met the stream’s criteria and demonstrated French language CLB of 7 as well as a CRS score between 351 and 446.

For both draws, the Ontario Immigrant Nominee Program (OINP) invited candidates who submitted their Express Entry profiles between January 1, 2018, to March 26, 2018.

The HCP typically requires candidates to have a CRS score of 400 or above, although it has on occasion selected targeted candidates who had scores below. For example, Ontario issued NOIs to candidates with work experience in select ICT occupations with CRS scores less than 400 points.

In its announcement, the Government of Ontario explained that the two rounds of invitations were conducted to help Ontario “meet its labour market and economic development priorities, as well as to be more responsive to employer needs.”

In targeting Express Entry candidates with French language abilities, Ontario aims to reach its goal of five per cent Francophone immigration under the Ontario Immigration Strategy.

These were the first HCP draws this year to only target candidates with job offers and French language ability. The four draws conducted in 2018 targeted candidates eligible for the HCP, with no restrictions with regard to a job offer or French language proficiency.

In addition to this HCP draw, French-speaking candidates may also be selected by Ontario through the French-Speaking Skilled Workers stream, which requires Candidates to possess both French and English language proficiency.

The OINP stated that it will continue to issue NOIs through the HCP on a regular basis to applicants, who at the minimum, have a CRS of 400 and meet all the program requirements.

Candidates interested in pursuing the HCP stream must submit a profile into the Federal Express Entry pool.